Why You Should Hire a Local Personal Injury Attorney 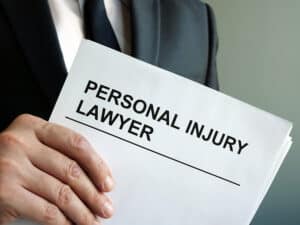 If you have ever watched television late at night, you have probably seen ads for personal injury attorneys who represent clients across the country in large class action lawsuits against drug companies and manufacturers. If you have suffered an injury similar to the ones described on television, your choice of a personal injury attorney is very important to the success of your case. For your peace of mind, you want to be sure you are making a choice that will be comfortable, lead to success, and allow you the ability to understand and control your case. Before calling the toll-free number you see on the screen, consider the advantages of hiring an attorney in your own state or city.

All states require attorneys who practice within their borders to be licensed. Even though victims may be located throughout the country, any lawsuits on a victim’s behalf should be brought in the state in which the victim resides. Often, law firms who handle multiple lawsuits against a large defendant will have to hire local attorneys to do the actual work involved with filing suit in each state. These local attorneys may work in conjunction with the main firm but are ultimately responsible for the cases within their jurisdictions. By hiring a local attorney to handle your case, you will be able to choose the attorney you want to represent you.

If the law firm representing you has thousands of clients, it may be difficult to talk to the attorney handling your case. When you have questions or concerns, it is comforting to have access to someone who can give you answers when you need them. It is also comforting to know that you can talk to your attorney in person.

When you are involved in litigation, unfamiliarity with local court rules and procedures can lead to delays and could even hurt your chances of success. Choose an attorney who knows your local laws and court rules.

The personal injury attorneys at The O’Brien Firm are well equipped to handle any case, large or small, and able to handle the most complex litigation. The O’Brien Firm is also available when you need to talk to see if you should file suit. Do not trust your case to a stranger hundreds of miles away – instead, call us today at 717-907-7777 for a free in-person or virtual consultation. Visit our home page here for more information.

Spring is here and people can finally get out of their homes comfortably, even with their dogs.  Dogs can be a man’s best friend, but dogs can also present a set of dangers when interacting with humans – including dog bites.

According to the Centers for Disease Control and Prevention (CDC), approximately 4.5 million dog bites occur every year nationwide.  Dog bites can cause injury, nerve damage, and cause pain.  Additionally, one in five dog bites become infected.

First, know that dog bites most commonly occur among children aged 5 to 9 years old.  Second, men are more likely to be bitten by a dog than women.  Over half of dog bites occur in the home by dogs known by the victim.  As you might expect, when the number of dogs in the household increases, the likelihood of dog bites also increases.

Several actions reduce injury and likelihood of dog bites, including the following:

You should always report dog bites to the appropriate local authorities.  They determine how to treat the dog going forward, including monitoring the dog’s health for rabies or other disease.  The authorities typically issue a report.  You should obtain a copy of the report for any possible future litigation.

What Kind of Diseases Can you Get From A Dog Bite?

The state of New York operates under a “mixed liability” approach.  This means, if authorities have previously determined a dog is a “dangerous dog”, the dog owner is strictly liable for the victim’s medical and any veterinary costs.  Dogs can be considered dangerous if they have a history of biting or, if the dog has not actually bitten anyone but has a history of snapping, lunging or growling at people who come near.  A dog might be declared dangerous if it wears a muzzle, or the owner often tells people the dog is an attack dog.

For other damages, New York law mandates that the victim prove that the dog had a dangerous tendency to bite and the owner of the dog knew it.  In order for a victim to recover under general negligence or common-law negligence, the victim must prove the dog owner knew the dog had a vicious or dangerous temperament.  Bard v. Jahnke, 6 NY3rd 592 (N.Y. 2006), citing Collier v. Zambito, 1 NY d 444 (2004).

What to Do When Bitten by a Dog

First, seek medical attention immediately, even if you don’t think you need it.  Do not wait, and if necessary, call 911.  Obtain all medical records, take photos and obtain names and contact information of any witnesses.  This can be crucial if you must retain an attorney to collect damages in the future.

Once bitten, you should contact an attorney as soon as possible.  Time limits, also called a statute of limitations, restrict the amount of time an injured party can seek damages for any injuries sustained by a dog bite.

Find A Dog Bite Lawyer Near Me

Call The O’Brien Firm.  At The O’Brien Firm, we are happy to meet with you to discuss your case at no charge.  There is no fee unless we recover damages for you.  Our lawyers have extensive experience handling dog bite cases.  Contact us today at 716.907.7777.